I don't make fancy spaghetti.  My version is usually just a quick dinner for during the week.  I was looking around the internet and found this yummy version.  Chris has been enjoying cream cheese on his pizza lately - with his standard pepperoni and jalepeno.  Cream cheese is a fabulous addition to pizza - so I figured let's try it in spaghetti.  Nothing like a little added fat and calories - right?  We eat grilled chicken and roasted vegetables most nights of the week anyway!!

I thought it was a fabulous spaghetti!  It was still easy since I used jarred sauce.  I made mine with ground beef but I think I would like some Italian sausage mixed in.  I always sprinkle the top with some Italian seasoning to give it lots of good extra flavor.

I found this recipe over at Gonna Want Seconds.  Visit Kathleens blog.  Her picture of this meal is better than mine - her family votes this recipe their favorite spaghetti!  Give it a try!!

Also, I doubled this recipe and froze an extra pan for later.  I love doing this.  I just didn't top with Parmesan or the French Fried Onion Rings. 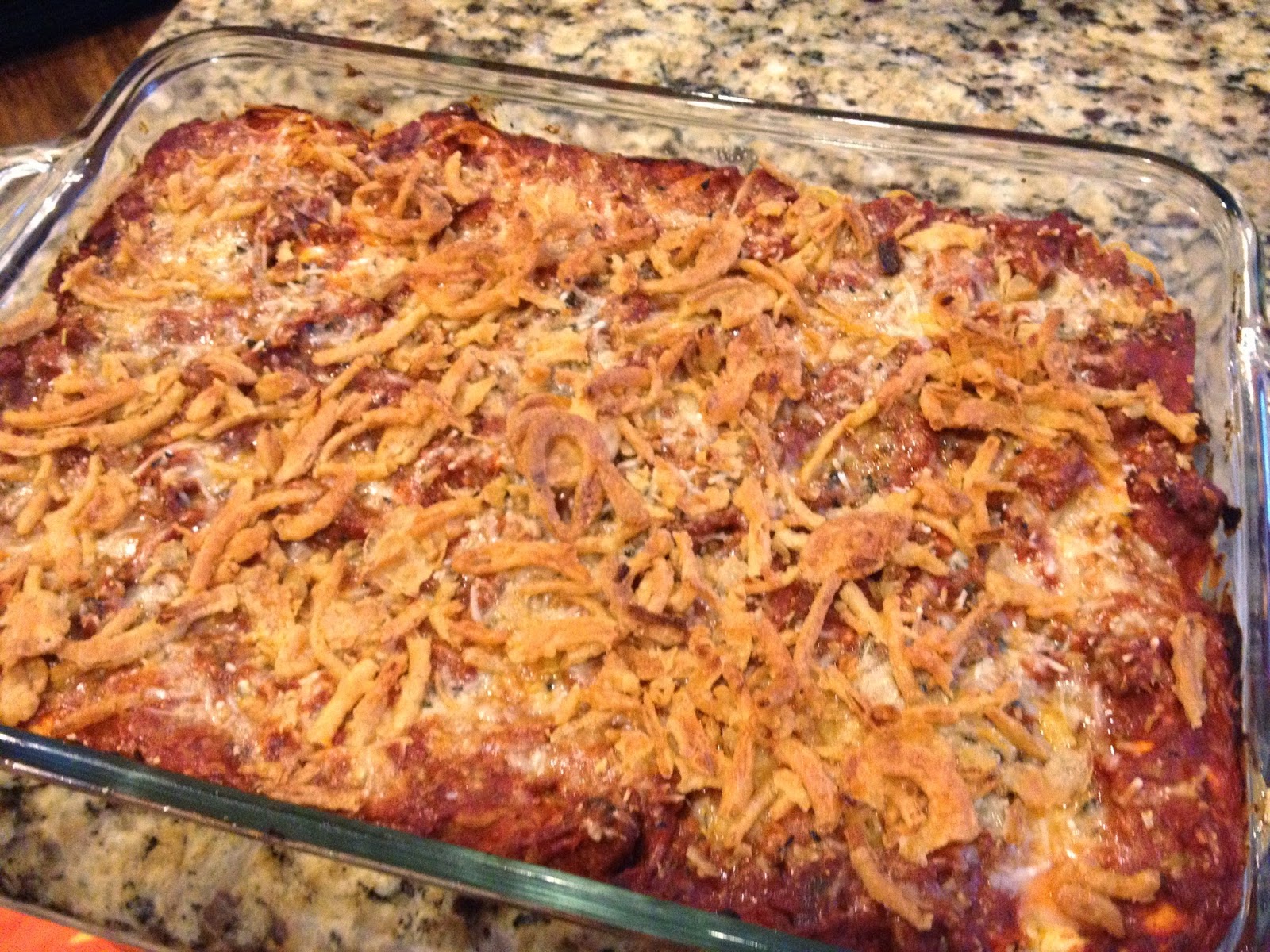 Preheat oven to 350.  Cook Spaghetti according to package directions.  In a large skillet, brown meat with oregano and salt and pepper, drain fat, add tomato sauce and set aside.  In another medium skillet, heat the olive oil to medium high heat, add peppers and onions and saute until tender.  Add cream cheese and milk and stir until well combined.  Set aside.  Spray a 9 x 13 pan with cooking spray.  Pour about 1/2 cup of meat/sauce mixture in the bottom of the pan.  Layer all of the spaghetti next- spreading it out evenly.  Spread all of the cream cheese/veggie mixture next, spreading it out evenly. Next, add the rest of the meat sauce and spread it evenly over the top.  Now, sprinkle with Parmesan Cheese and Italian seasoning.  Bake at 350 for about 25 minutes.  Take out of oven and sprinkle with French Fried Onions - bake for another five minutes - watching so onions don't burn.  Enjoy!

Printable Version
Posted by Susan at www.ugogrrl.com at 6:30 AM